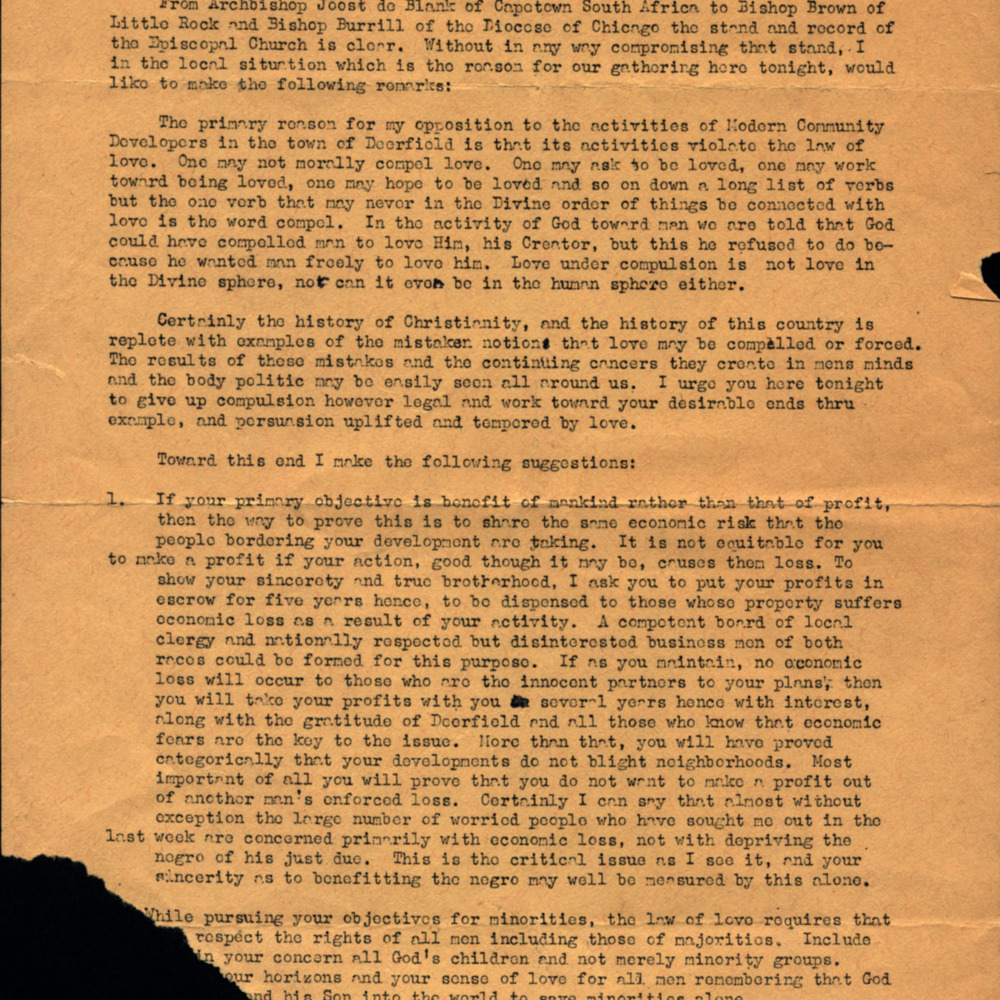 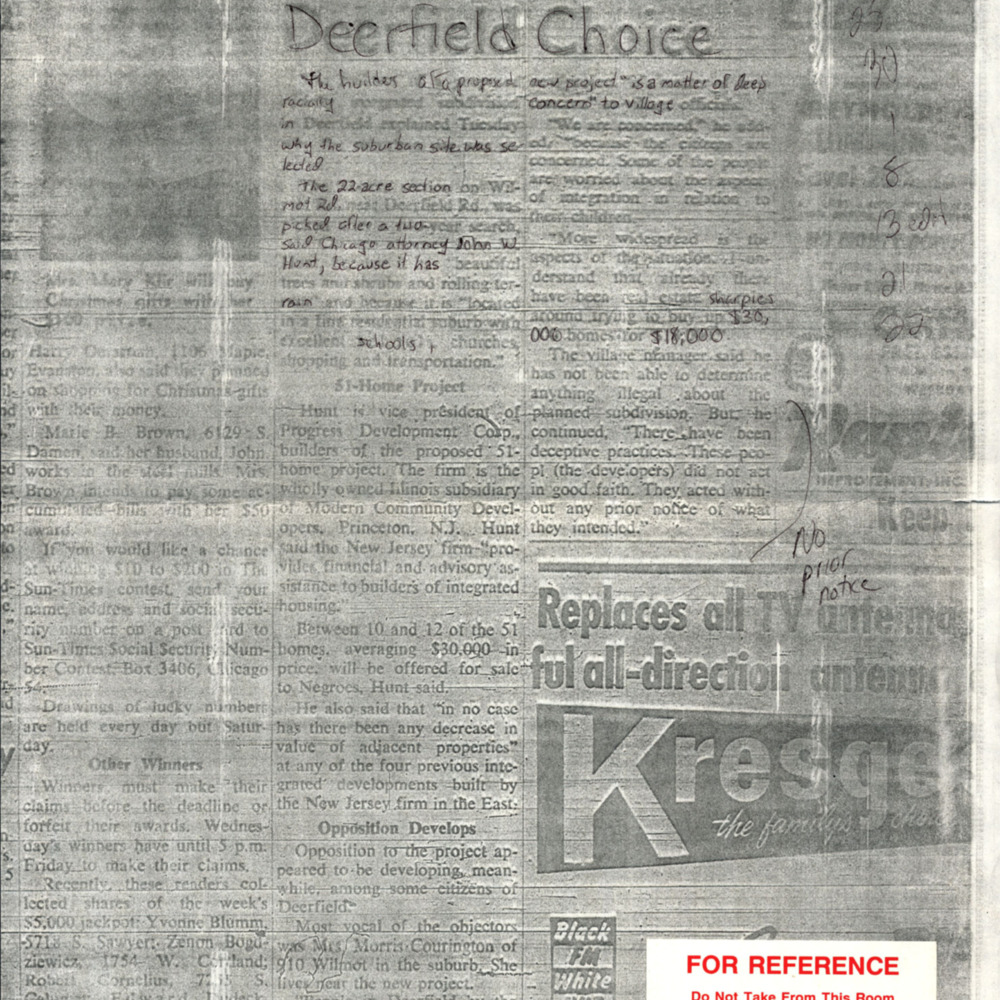 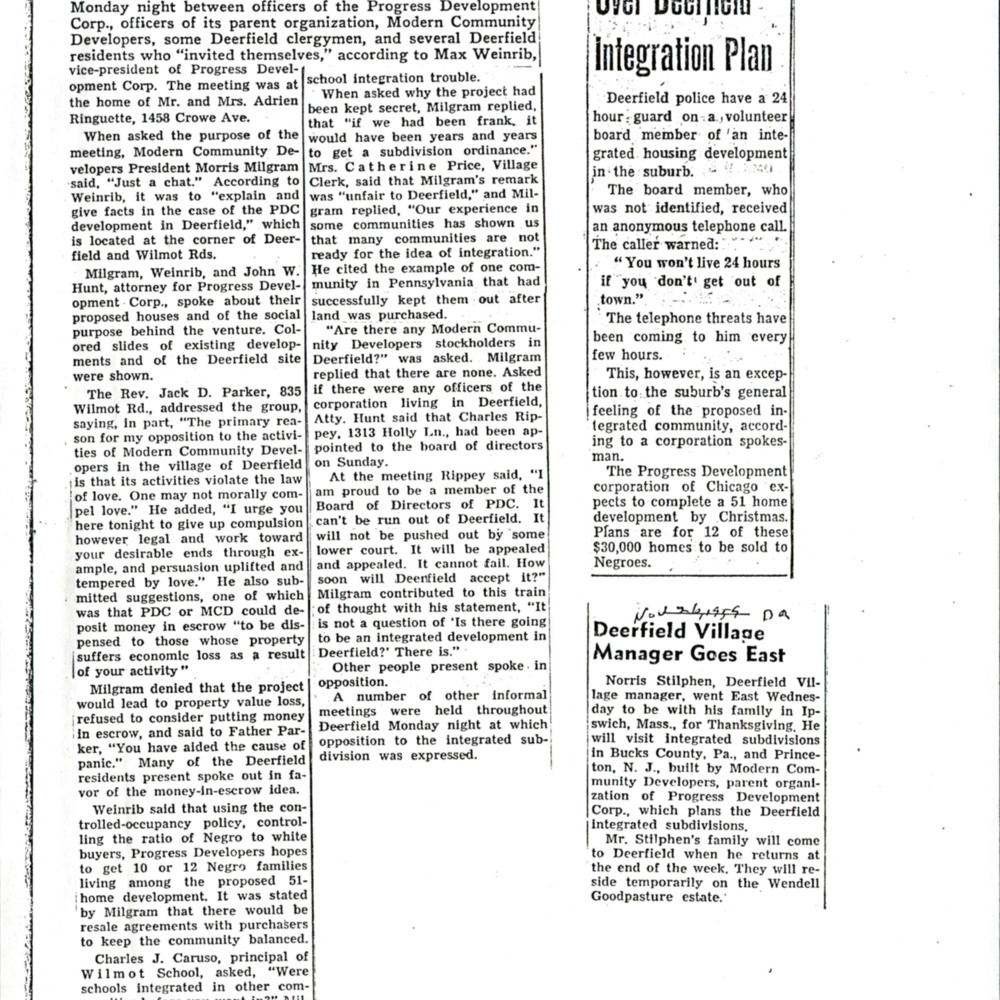 In an effort to prepare the citizens of Deerfield for integration, Progress Development Company (PDC) reached out to community faith leaders who were thought to be in favor of integration. Once PDC informed local Episcopal minister Jack D. Parker about the plans for integration, Parker shared the information with the church vestry, who then in turn informed the village president.